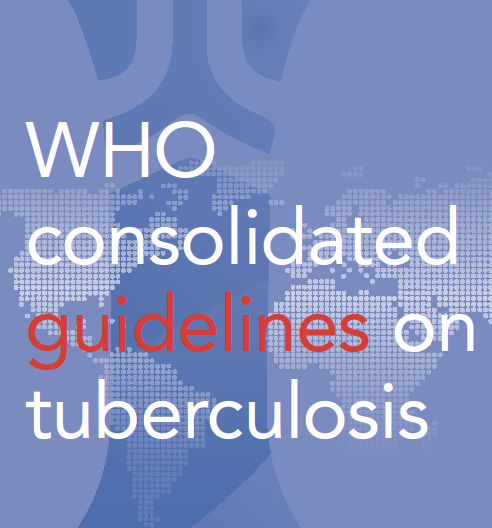 Here she speaks to the significance of the new guidelines and her role in shaping them.

Why were these guidelines commissioned?

About half a million people develop drug resistant tuberculosis (DRTB) each year — that is they’re resistant to the most common anti-TB drugs available. DRTB is one of the most severe forms of tuberculosis (TB). Fewer than one-third of patients begin treatment and less than half of those who begin successfully complete it.

Treatment involves a multi-drug regimen lasting 18-24 months, with lots of side effects, and often with a prolonged period of hospitalization and prolonged period of daily injections (6 months). In 2018/19, the WHO came out with its first recommendation for a shorter regimen (less than 12 months) containing second-line injections.

In 2019, new evidence pointed to the safety and efficacy of shorter regimens that were all oral, using new drugs (bedaquiline and delaminid) or repurposed drugs (linezolid and protaminid, drugs that were originally developed for something else but found to effective in DRTB). For the DRTB world, this was huge news because it's been over 50 years since the last new TB drug was developed, and until this moment everyone with DRTB received 6-8 months of horrific daily injections.

The 2019 Guideline Development Group (GDG) was commissioned to review all evidence around these shorter all-oral regimens using the standardized GRADE process. They were to make a recommendation that national TB programs could use, including review of the safety and efficacy of new regimens, but also their alignment with patients values, preferences, and issues of acceptability feasibility and equity.

What did you do as an evidence reviewer?

The WHO’s Global TB Programme needed to present evidence (published) on patient values and preferences related to the new regimens. That included patient perspectives on their acceptability, feasibility, and equity to guide the GRADE process. However, no such studies existed.

I was commissioned by the WHO to undertake a rapid qualitative analysis of these issues. Together with my former PhD student, Stephanie Law (who is now based at Harvard Medical School), we interviewed former DRTB patients in four high burden WHO regions. We shared their in-depth insights, which are based on their lived experience with new and old regimens, at the November 2019 GDG.

As an evidence reviewer, my role was simply to present the evidence, as an expert in the areas of patient perspectives as well as social and behavioural sciences, but not to make any judgment. The judgment of whether or not the new regimens meet "patient values and preferences," "patient acceptability," etc., could only made by the GDG members, who are a diverse mix of researchers, practitioners, patient advocates, and related TB experts. So the roles were very distinct in terms of who presented evidence and who votes. Parallel to my evidence presentation were other evidence reviewers presenting on the cost effectiveness, safety, tolerability, and clinical efficacy of these new regimens.

When did the process of writing these guidelines start? When did you become involved?

I was contacted in August 2019 by the WHO Global TB Programme to assess qualitative data on patient values and preferences. I signed on over the next month and within two months (September-November 2019), we completed the entire study and analysis, and presented it to the GDG in mid-November. It was the fastest study I’ve ever done!