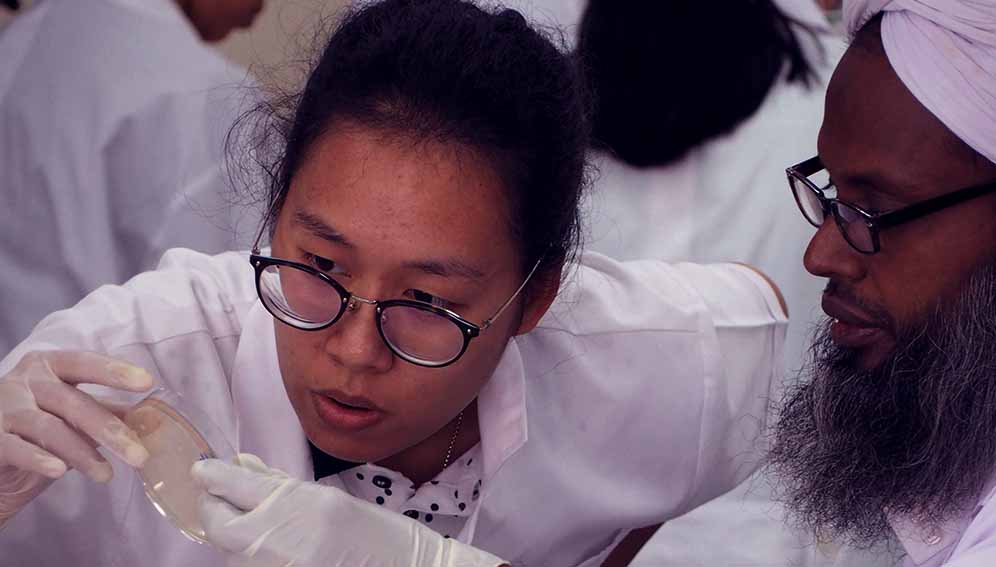 [LONDON] Behaviour change could be the key to preventing the growth of drug-resistant superbugs, a panel of healthcare researchers and practitioners heard.

Antibiotic resistance – where germs evolve the ability to fight off the drugs designed to kill them – could lead to over 10 million deaths every year by 2050, according to the World Health Organization.

Most research into antimicrobial drug resistance has focussed on the medical sciences, but social and behavioural studies could prove the best way to encourage antimicrobial drug producers, prescribers, and users to improve their attitudes to these vital resources.

“If we want to reduce that antibiotic use … we have to fix some of these underlying reasons that our societies have become reliant on them.”

Clare Chandler, co-director of the Antimicrobial Resistance Centre at the London School of Hygiene and Tropical Medicine

“This is inherently a social problem as well as a biological problem, we cannot treat it only as something that is happening in the realm of biology, otherwise we can’t address it,” Clare Chandler, a medical anthropologist and the co-director of the Antimicrobial Resistance Centre at the London School of Hygiene and Tropical Medicine, told the panel at the UK’s Wellcome Collection on 5 February.

Chandler argues that global structural problems, which push people to return to work as quickly as possible when they are ill, mean that antibiotics are being used as a ‘quick fix’.

And poor regulation of the pharmaceutical industry means its representatives can be highly influential by offering financial incentives for sales, leading to the over-prescription of antibiotics, Chandler says.

“On a much larger scale, we are using antibiotics to fix inequality,” she says. “If we want to reduce that antibiotic use … we have to fix some of these underlying reasons that our societies have become reliant on them.”

Multi-drug resistant strains of some microbes, such as tuberculosis, are on the rise, and misuse of antimicrobial drugs is the driver of this drug resistance.

“On a very human level, tuberculosis brings … costs which can have a catastrophic impact on the household,” White said.

Global travel and the misuse of antimicrobial drugs are in danger of making such international superbugs the new norm.

“Behaviour and social norm change is an incredibly complex area of development that is difficult to get right and even harder to measure,” said Andrew Tuttle, UK Global Health Director at Chemonics International, which organised the session with The Economist Intelligence Unit.

“When we think of global health security, there is an incredible sense of urgency around tackling the antimicrobial resistance issue and we know that effective behaviour change will be key to achieving that.”